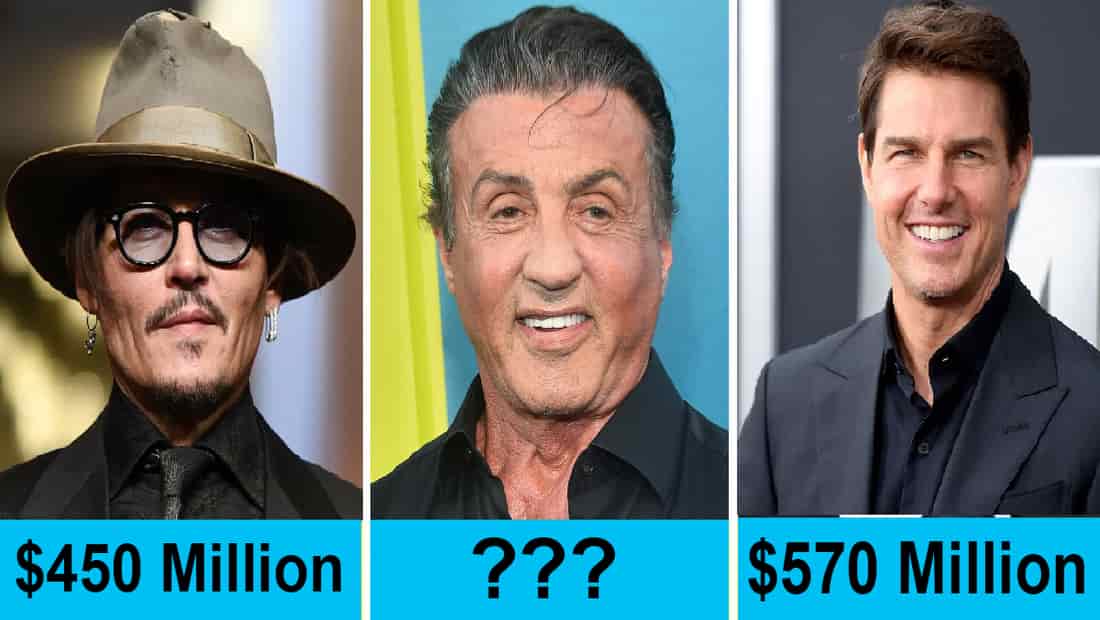 Who are the richest actors in the world in 2020?

Acting is a profession, much like any other in which some become fabulously wealthy and others struggle to make ends meet. The fortunate few aspire to multi-million dollar contracts and royalties from high grossing movies. It takes achieving super star status to really make the big bucks in movie industries.

Before you start reading this article, can you guess who will appear on the list?

Have you ever wondered how much your favorite actor is worth? We’ve decided to compile a list of the 10 richest actors worldwide, along with their current net worth, and a short bio.

Chan Kong-sang SBS MBE PMW, known professionally as Jackie Chan, is a Hong Kong martial artist, actor, stuntman, film director, action choreographer, screenwriter, producer, and singer. He started his career as an actor at the age of five. He has become one of the most widely recognized actors in history thanks to his roles in films like Rush Hour and Police Story.

His amazing performances have gained him an incredible net worth. As of 2020, Jackie Chan has built a net worth estimated to be roughly $370 million, which makes him ranked at #10 on the list of the richest actors in the world.

Sylvester Enzio Stallone is an American actor, director, screenwriter, and producer. After his beginnings as a struggling actor for a number of years upon arriving to New York City in 1969.

The 73-year-old has received several awards and nominations for his work, including three Oscar nominees, a Golden Globes award, and The César Award, among many more. Sylvester Stallone’s net worth is estimated to be $400 million as of 2020.

Arnold Alois Schwarzenegger is an Austrian-American actor, filmmaker, businessman, author, and former professional bodybuilder and politician. He served as the 38th Governor of California from 2003 to 2011. As of 2020, he is the most recent Republican governor of California.

The former professional bodybuilder is a global icon when it comes to acting. He starred in the Terminator franchise, Commando (1985), and True Lies (1994), among others. As of 2020, Arnold Schwarzenegger’s net worth is $400 million, and he’s become one of the richest actors in the world; as well as the richest bodybuilder in the world 2020.

Richest Actors in the World 2020

Amitabh Bachchan is an Indian film actor, film producer, television host, occasional playback singer and former politician. He first gained popularity in the early 1970s for films such as Zanjeer, Deewaar and Sholay, and was dubbed India’s “angry young man” for his on-screen roles in Bollywood.

John Joseph Nicholson is an American actor and filmmaker whose career has spanned more than 60 years. He is known for playing a wide range of starring or supporting roles, including comedy, romance, and darkly comic portrayals of anti-heroes and villainous characters.

Adam Richard Sandler is an American actor, comedian, and filmmaker. He has made dozens of successful films which have done extremely well at the box office. Some of them include “Happy Gilmore,” ” Billy Madison” “Just Go with It,” “Click” and most recently, “Grown Ups.” After becoming a Saturday Night Live cast member, he went on to star in many Hollywood films, which have combined to earn more than $2 billion at the box office.

Adam Sandler’s biggest movies Hotel Transylvania 2 and Big Daddy both grossing over £160 million each at the box office, it’s not surprising Adam Sandler is worth an estimated $420 million and making him one of the richest actors and film producers in Hollywood.

Mel Colmcille Gerard Gibson AO is an American actor, film director, producer, and screenwriter. He began his film career with the popular breakout film “Anzacs” where he was recognized for his amazing acting abilities. Gibson has appeared in several box office hits including, “We Were Soldiers,” “Signs” and “Braveheart.”

He won an Academy Award and Golden Globe for his role in the latter film in 1995. As of 2020, Mel Gibson’s net worth is estimated to be roughly $425 million, putting him on this list of the richest actors in 2020. Gibson has earned his fabulous wealth in the film industry.

George Clooney is an American director, producer, businessman, and social activist from Kentucky. He received wide fame after starring in ER (1994-2009), From Dusk Till Dawn (1996), and Three Kings (1999), among many more.

Notable films of his include “Ocean’s Eleven” (2001), and “Good Night, and Good Luck” (2005), which he also wrote and directed. It is estimated that he has earned about $200 million before taxes from his acting career.

In 2018, he was ranked as the highest-paid film star after selling his Casamigos Tequila factory for $1 billion. Clooney may likely be your favorite top ten richest actor listed, but he is not the wealthiest. He has a net worth of $500 million dollars.

Tom Cruise is an American actor and producer who has starred in dozens of major blockbuster movies and is generally considered one of the biggest stars in Hollywood. He’s been distinguished as one of the best actors in the world by his fans. Notable films of his include “Top Gun” (1986), “Rain Man” (1989), and the “Mission: Impossible” franchise. His most two most lucrative films, “Mission: Impossible” (2000) and “War of the Worlds” (2005), earned him $100 million each due to lucrative backend deals.

He is also the co-founder of Cruise/Wagner Productions with Paula Wagner. He has received various accolades for his work, including three Golden Globe Awards and three nominations for Academy Awards. The second richest actor in the world, Tom Cruise’s millions stem from his wildly successful films including Top Gun and the Mission:Impossible franchise.

Richest Actors in the World 2020

Shah Rukh Khan, also known by the initialism SRK, is an Indian actor, film producer, and television personality. Referred to in the media as the “Baadshah of Bollywood”, “King of Bollywood” and “King Khan”, he has appeared in more than 80 Hindi films, and earned numerous accolades, including 14 Filmfare Awards. Shah Rukh Khan is the First richest actors in the world 2020 with a net wealth that is over three quarters of a billion dollars.

He is the co-chairman of the motion picture production company Red Chillies Entertainment, and co-owner of the Indian Premier League cricket team Kolkata Knight Riders. With his wife, he owns multiple properties around in world including in New Delhi, Mumbai, London, and Dubai. As of 2020, Shahrukh Khan has a net worth of $600 million dollars.