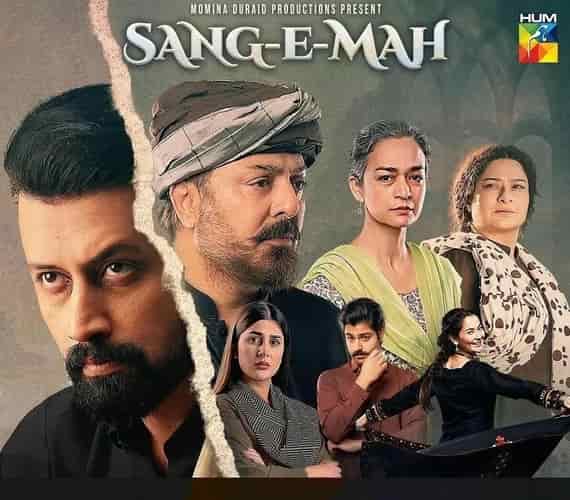 Sang e Mah is a Pakistani Urdu-language drama. The drama is being produced by Momina Duraid Productions and directed by Saife Hassan. It released on 9 January 2022. The show stars Atif Aslam, Hania Aamir, Nauman Ijaz, Kubra Khan, Samiya Mumtaz, Omair Rana, Zaviyar Ejaz and Najiba Faiz in the lead roles. Sang e Mah is one of the most successful Pakistani drama Serial aired on HUM TV.